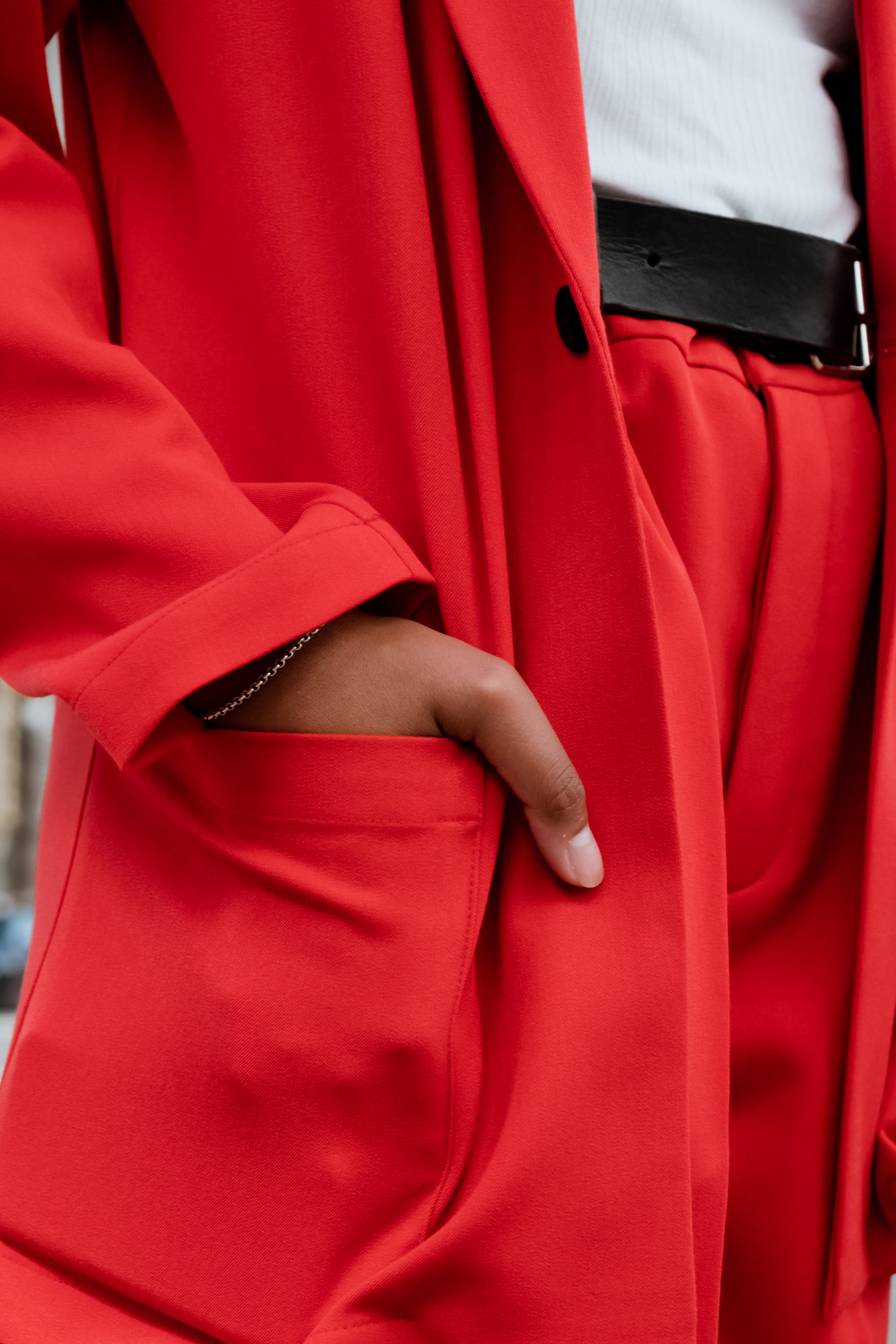 If I’ve learned anything after years of working with textiles, it’s that the smallest, most subtle details often tell the most interesting stories, from the colorways chosen in a garment down to the placement of a single stitch. Even our garments hold hidden history. And last spring, as I watched Korean actress Youn Yuh-jung charm the red carpet with one hand holding an Oscar statue and the other in the pocket of her gown, I found myself thinking about the story that our pockets tell.

We may be used to both decorative and functional pockets on our garments these days, and many of us are still delighted to find unexpected pockets in an eveningdress, like Youn Yuh-jung’s (or nowadays, even in a wedding dress!). If you’ve ever experienced the thrill of discovering that the cocktail dress you’re trying on not only fits, but also has a handy place for a credit card and a tube of lipstick, you know exactly what I mean. (Hence this oddly specific, yet arguably universal, joke.)

But pockets in women’s fashion are more than a decorative element — they have a powerful and subversive history in women’s equality.

Historically, pockets and the privacy (and practicality) they afford were a privilege extended only to men, and it’s been that way for a very, very long time — an ancient mummified man discovered in the Alps in 1991 wore a pouch sewed to his belt filled with necessary items like a scraper and flint. It’s always been important to carry one’s necessities wherever one goes (assuming you’re a man, that is).

For fashion historians like Sara Idacavage, the way we talk about pockets in womenswear says a lot about the way we think of women’s roles throughout history. “I think there has been this ongoing type of historical analysis that women were not expected to be out in the world working, doing this and that,” she said in an interview. “Therefore, why would they need to have pockets to carry important things like money and pocket watches if they’re not allowed to?”

In the medieval period, men and women were able to carry items in different versions of what we now know as the pocket.  For women, these were separate garments like an apron, worn between the petticoat and the skirt. These pockets were large and meant to carry a long list of items – sewing accessories, keys, spectacles, watches, diaries, grooming objects, snacks, and so on. But during the Victorian era, as the fashion silhouette moved closer to the body, that utilitarian pouch faded away.

As clothing became more form-fitting, pockets became more decorative, and quite useless. Also decorative, and only slightly less useless, were the tiny purses (called “reticules”) that emerged during the French Revolution to serve as the next-best thing to the pocket, but these were only big enough to carry a handkerchief and a coin or two (at that point, women were completely dependent on their husbands for financial matters). These evolved into “chatelaines,” or chain belts with keys and other small essentials dangling from the waist, a bit like a plumber’s belt but with more hardware (or like a charm bracelet with less charm). Pockets essentially disappeared from women’s apparel at this point, becoming the sole domaine of men’s attire.

Then, in the 1840’s, dresses became fuller, and small pockets returned.  The Rational Dress Society was formed in 1891, and encouraged women to dress for health by getting rid of their corsets, and adopting bloomers, trousers and clothing that allowed for movement, like bicycling.  In the years leading up to World War I, women began adopting traditional male clothing like pants, and pockets were back in the female wardrobe. Coco Chanel loved pockets and included them in her pant designs. Now women had a place for their hands!

Greta Garbo and Marlene Dietrich adopted menswear-inspired clothing, and pockets were back.  By 1933, Women’s’ Wear Daily because the first big name to address the trend in an article “Will Women Wear Trousers?”.  We now know the answer was a resounding “yes”. 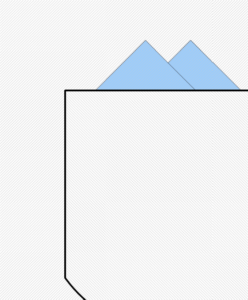 Pockets are, of course, so much more than a fashion choice: if you grew up in the ‘70s as jeans became mainstream, you probably remember how liberating it felt to head out the door with everything you need in your pockets. I know I certainly felt grown-up to head out on my first date – no purse, only pockets. (And then there’s the not so beloved “fanny pack,” which is questionably re-emerging for some in the fashion world…. but perhaps that’s another blog post for another time.)

So, the next time you gather yourself to run to the grocery store with just a house key, credit card, and cell phone in your pocket, be a little grateful to the women who came before us and fought a brave fight for functionality — and equity — in fashion.

Counting our Blessings this Holiday Season

Mending in the Mountains